This show is about 2 siblings named Emmy and Max. One day they move in the USA and move into a new house. There, they discover a dragon scale. They say the magic words, "I wish, I wish. With my all my heart. To fly with dragons. In a land of heart". There, they explore the magical world of a place called Dragon Land. They meet dragons named Ord, Cassie, Zak, Wheezie, Quetzal, and many more people they discover around Dragon Land. They explore life lessons along the way. They also learn a few Spanish, too. In Season 3, Enrique joins the cast. There were also segments called "Dragon Tunes." where a music video is shown. 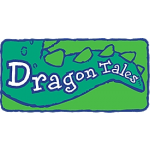