Engines Working Together is a video game for Vtech's V.Smile and Motion. It was released in 2005 to coincide with the 60th anniversary of the Railway Series.

The narration was provided by Michael Brandon in the 2005 US version release.

Thomas wants to gather the engines to discuss how to build an airport on the Island of Sodor. Find the engines by moving the joystick to collect the missing letters to complete their names. Watch out for the obstacles the might roll into your path. In the difficult level, you must select the track section with the correct letter at the traffic branch, then press ENTER to confirm.

After the second stage, Thomas puffs into a dark cave. Find the exit and collect as many bonuses as you can.

Flying to the Rescue

Harold is a good-hearted helicopter, Complete the missions assigned by Sir Topham Hatt by flying to the objects shown in the left corner. Press ENTER to carry out the rescue. When Harold flies over the airfield. press ENTER to fill up his energy. Watch out for the dark clouds!

Thomas forgot to collect the cargo. Help Harold catch-up to Thomas and load the color coordinated cargo that he left behind. Press ENTER to load the cargo. Move Harold up to avoid the buildings. Load the cargo before Thomas arrives at each station and you will get a higher score. Watch out for the flying objects!

Thomas' boiler is grumbling. Bertie must help to transport the school children to 3 stations on time. Avoid puddles, oil spills, dirt and other vehicles along the way to keep the children safe. Drop off the correct amount of school children at each station by following the number at the top of screen and press ENTER to stop. Keep an eye on the time, otherwise the children will miss the train. While Bertie is waiting, Trevor and Terence will ask him some questions. Help Bertie to answer the questions by using the colored buttons. A shortcut to the station will be rewarded to you if you answer correctly.

Fill up the Troublesome Trucks by selecting the correct type of recyclable items from the conveyor belts. You can use the joystick to select the object and press ENTER to place the item into the trucks. The Troublesome Trucks will react if you fill them with the right or wrong item.

Keep an eye on the time and sort different sizes of objects to the correct trucks. You can use the joystick to move Percy.

You are responsible for counting how many engines pass through the station. You can press ENTER to add an engine to the counter. Watch the replay to see how you did!

Thomas is on his way! Fix the track pieces before he arrives! You can move the joystick to choose the track,

The Sing Along mode contains two songs with different volume and voice settings. Use the joystick to select your favorite song, characters and settings and press ENTER on the ENTER icon to start the song.

This mode, as it is with most V.Smile games, is only accessible to later releases.

The Engine Depot mode contains ten different characters profiles. Use the joystick to select the characters you wish to visit and press ENTER to read their profile. 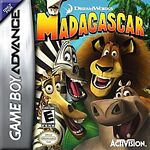 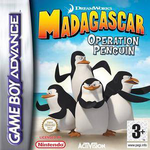 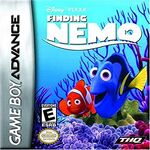